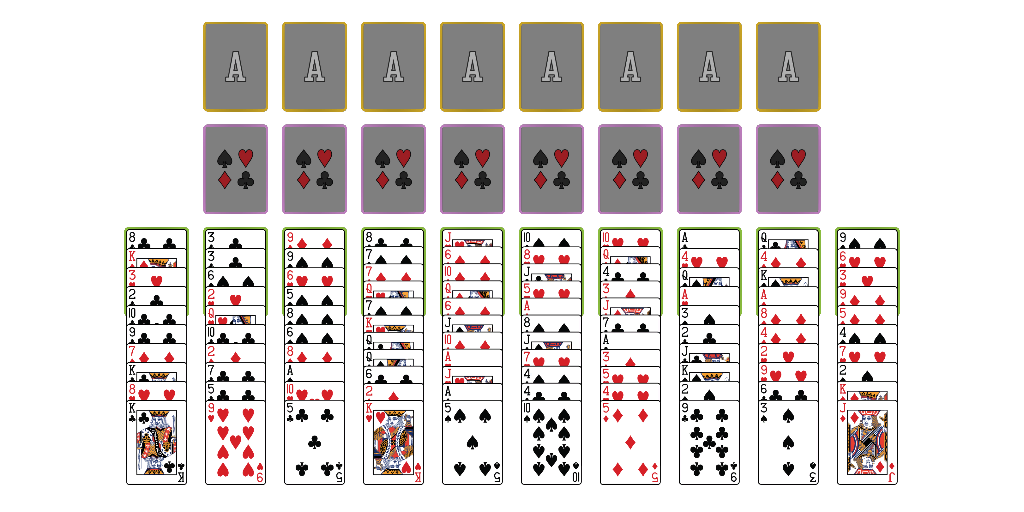 Object of the game
Move all the cards to the foundations
Deck
Two standard decks (104 cards)
Foundation
Tableau
Cell
Supermove
Technically, only one card may be moved at a time, but since we have implemented Supermove (also called a Powermove), we allow you to move a sequence of cards in one move. Supermove is just a shortcut that uses the empty tableau columns and free cells as efficiently as possible, to ensure you can move the maximum number of cards in one move and save a lot of time. You can achieve the same result by temporarily moving the extra cards into the empty tableau columns and free cells by single card moves. The number of free cells/tableau columns determines how many tableau cards can be moved as a group.