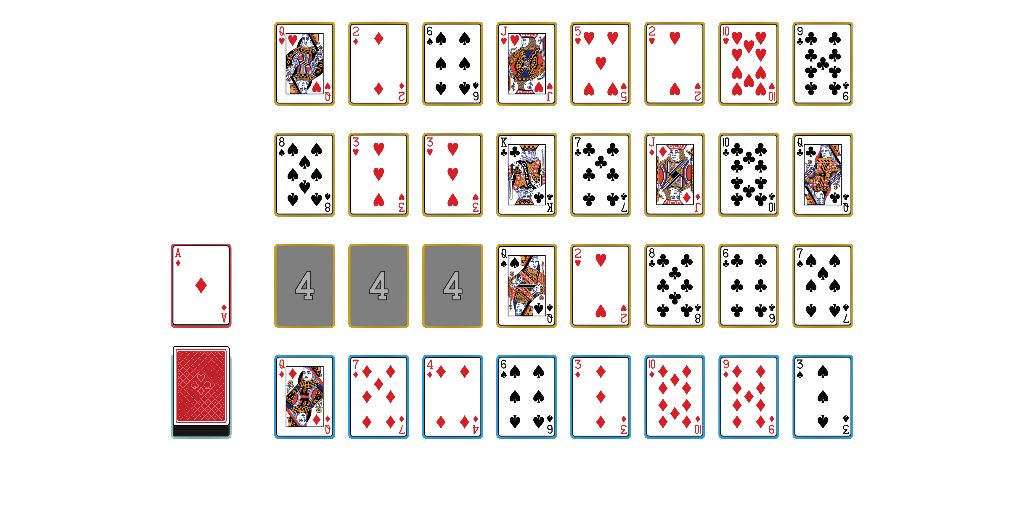 Object of the game
Move all the cards to the foundations except the Aces
Deck
Two standard decks (104 cards)
Foundation
Reserve
Stock
Waste
Opening layout
All Aces are discarded to create free slots in the beginning of the game and take no more part in the game. Also any base card which is present, but in the wrong row are either played to a free slot or exchanged for another on a one-to-one basis.