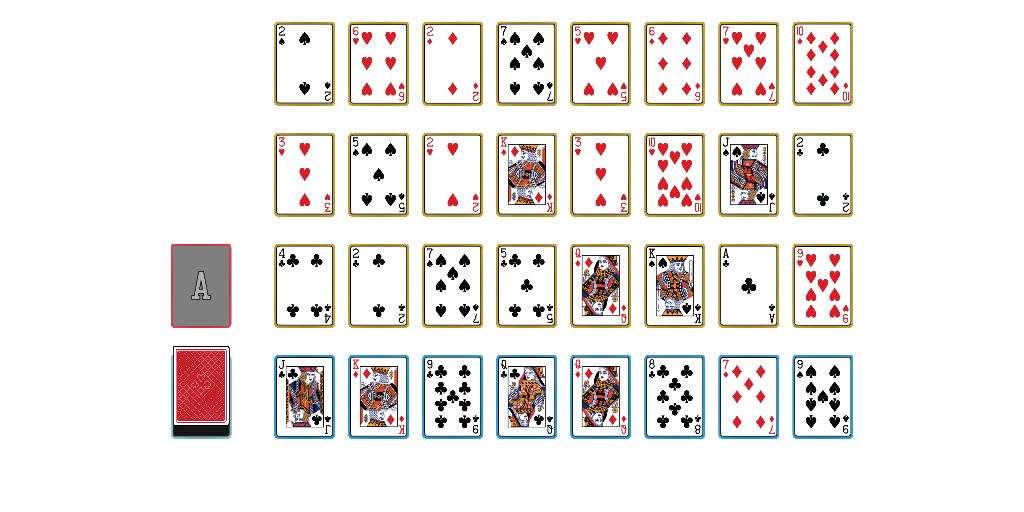 Object of the game
Move all the cards to the foundations except the Aces
Deck
Two standard decks (104 cards)
Foundation
Reserve
Stock
Waste
Opening layout & Strategy
Aces in the reserves are discarded and any base card which is present, but in the wrong row are exchanged for another on a one-to-one basis. Do not discard Aces or leave empty spaces in the foundation if you can´t fill that space.